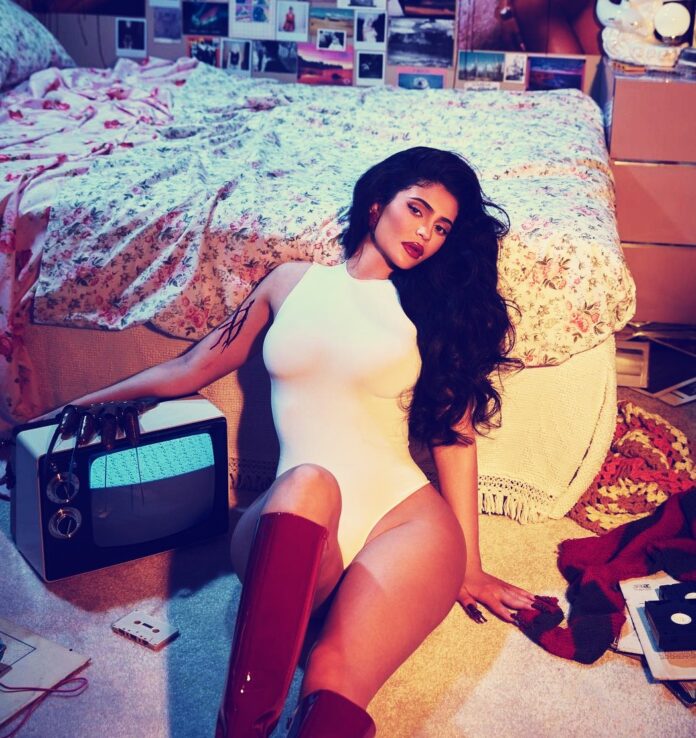 In honor of Halloween, Kylie Jenner has unleashed her newest collaboration for her makeup line. She has launched Halloween collections in the past. A Halloween collab in 2018 included a pair of 3D glasses to go with the packaging, and this collab also came to celebrate the launch of her swim line.

Additionally, Jenner takes viewers behind the scenes of her photo shoot for the line, where she dresses in Freddy Krueger-inspired outfits while discussing her excitement for the line.

Kylie Jenner x A Nightmare on Elm Street: What’s in it?

The makeup collection is modeled after slasher icon Freddy Krueger and features a cover-up that resembles Freddy’s burns, as well as booties and a box that looks like a VHS tape.

Among the items in the Halloween collection are a pressed powder palette, an eyeshadow palette, three lip lacquers, false lashes, and a check and lip stain. The lip lacquers come in rust and deep red hues.

With the addition of these cheek and lip stains to Kylie Jenner makeup, her brand is showcasing a brand new formula. While the brand’s Halloween makeup line itself is only available for a limited time, the lip and cheek stain will continue to be available.

Kylie Jenner’s makeup collab is set to release on October 12. As of now, pre-orders are not available for the entire kit or for individual pieces.