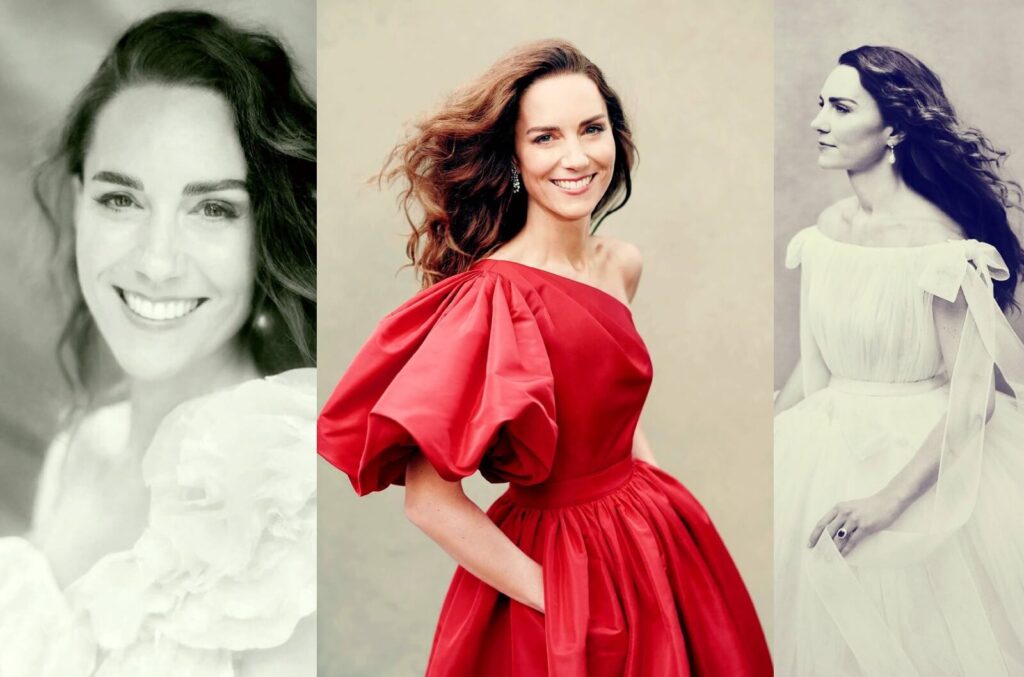 The Duchess of Cambridge celebrated her 40th birthday on Sunday, hitting the milestone as her profile soars alongside her husband, Prince William, the future king. In the years since she married into Britain’s most famous family in 2011, Kate Middleton has become one of the most popular royals — and a leading figure in its future.

A televised Christmas carol concert in December boosted her image as a safe pair of hands for the monarchy at a difficult time. As she accompanied British singer-songwriter Tom Walker on piano for his poignant song “For Those Who Can’t Be Here,” she delighted fans with her musical ability. The surprise Westminster Abbey performance was dedicated to all who served during the Coronavirus pandemic. Kate rehearsed in secret for the performance.

“She was absolutely fabulous — she smashed it. What a talented, kind, warm-hearted, lovely person,” Walker said, describing her as “very chilled, very nice” to everyone.

Kensington Palace has released three new portraits of Duchess Kate Middleton in honor of her 40th birthday on January 9. Kensington Palace announced that the Duchess of Cambridge was photographed by Paolo Roversi in November 2021 at Kew Gardens. The photos were taken by Paolo Roversi. The duchess’s three stunning portraits will become part of the National Portrait Gallery collection. On Twitter, Kensington Palace posted a statement that said, “Happy to share a new portrait of The Duchess ahead of her 40th birthday tomorrow.”

The statement stated, “This portrait is one of three new ones that will enter the permanent collection of the National Portrait Gallery, in which The Duchess is a patron.”

The Duchess of Cambridge is wearing an Alexander McQueen dress in the picture shared on Twitter. The magazine added that the earrings worn by the Duchess once belonged to Princess Diana, her late mother-in-law.

Upon reopening in 2023, the National Portrait Gallery will include the new portraits in its collection.ET reported that the portraits would be part of the gallery’s “Coming Home” exhibit. According to the palace, “Coming Home” is a nationwide initiative where portraits of well-known individuals are sent to places where they are closely associated.In this project, famous works will be exhibited locally to give the people of the United Kingdom an opportunity to see them.

The images will be shown at three locations that are dear to the Duchess of Cambridge before the re-opening of the National Portrait Gallery in 2023.The exhibits will be on display in Berkshire, where Kate Middleton grew up, St Andrew’s University, her alma mater in Scotland, as well as Anglesey, the first place she and Prince William lived after they married.

Kate Middleton married Prince William in 2011 and they have three children together. Prince William, who is the Duke of Cambridge, is second in line to the British throne.